Overlooking a magical moonscape of volcanic peaks amidst fragrant valleys of apple groves and apricots, the argos in Cappadocia is as improbable a creation as it is immensely inviting. Who would imagine a serenely beautiful, extraordinarily stylish and absolutely unique hotel built from ancient ruins, caves and underground tunnels? Yet this is Turkey’s most unusual and most appealing hotel: an enchanting blend of two thousand years of history, passionate devotion to authenticity and traditions of hospitality, and cutting-edge imagination, design and technology. Argos in Cappadocia must be experienced to be believed.

Cappadocia is, arguably, Turkey’s most popular destination outside of Istanbul for world travelers, and for good reason. A mysterious, even unearthly expanse of ravines, canyons, mountains and valleys, it was formed by millions of years of soft volcanic lava and ash. But what really sets Cappadocia apart from virtually every other place in the world is its history of human habitation. Master stone carvers, monks, early Christians and other residents carved monasteries, houses and mansions, intricate networks of underground tunnels, even entire underground cities, deep into the rock.

This is the setting for the argos in Cappadocia, a labor of love 24 years in the making and now a world-class hotel that exceeds the expectations of the most sophisticated of international travelers. It began with the vision of turning a complex of some ancient dwellings into a world-class luxury hotel. The dream was enhanced with the discovery of the ruins of Bezirhane, a 1500-year old rock-hewn monastery and later hostel for camel caravans on the legendary Silk Road. Finally, the argos in Cappadocia opened its doors as an elegant masterpiece – a highly imaginative 51-room luxury hotel and concert hall that reinterprets the rich traditions of the past for today’s discerning travelers in breathtaking fashion. For many guests it is also one of the most romantic hotels in the world.

The hotel’s accommodations are situated in seven restored “mansions” connected by underground tunnels and pay tribute, in design, to the region’s ancient underground architecture. Opening onto balconies, terraces and secluded courtyards, often with splendid views of neighboring Pigeon Valley and distant peaks, they are nonetheless caves – with all the latest modern conveniences. Capturing the feel, color and texture of timeless stone and wood, each accommodation is distinctively and individually designed, decorated with Turkish carpets, artifacts, candles and decorative objects set in wall niches. Most rooms feature a working fireplace as well as the latest technology; all Splendid Suites even have their own private in-suite swimming pool.

Other features of Argos in Cappadocia include an outstanding 100-seat indoor and outdoor Seki Restaurant-Lounge-Cellar serving local and regional dishes as well as international fare. The hotel’s huge wine collection, housed in its own wine cellar underneath the restaurant showcases bottles from its own Emir, Kalecik Karasi, Syrah, Boğazkere and Chardonnay vineyards as well as other local selections and carefully selected high-end international wines. The most recent historical revival project and the newest annex to the hotel, Museum Hall & Suites is another multi-purpose venue that exhibits the remains of a second historical linseed oil factory underneath its glass floor. Chapel, another historical venue revived by argos in Cappadocia, is connected to Seki Cellar and provides an excellent venue for wine tastings, cocktails, romantic dinners and group meetings. Monks terrace overlooking to Tiraz Castle and Pigeon Valley is ideal for barbeque parties, small concerts and intimate celebrations. The hotel also has an outdoor pool which is heated all seasons and the pool beholds the magnificent and peaceful Mount Erciyes and Pigeon Valley panorama and it is another venue for sunrise breakfast, cocktail, celebrations and romantic dinners. 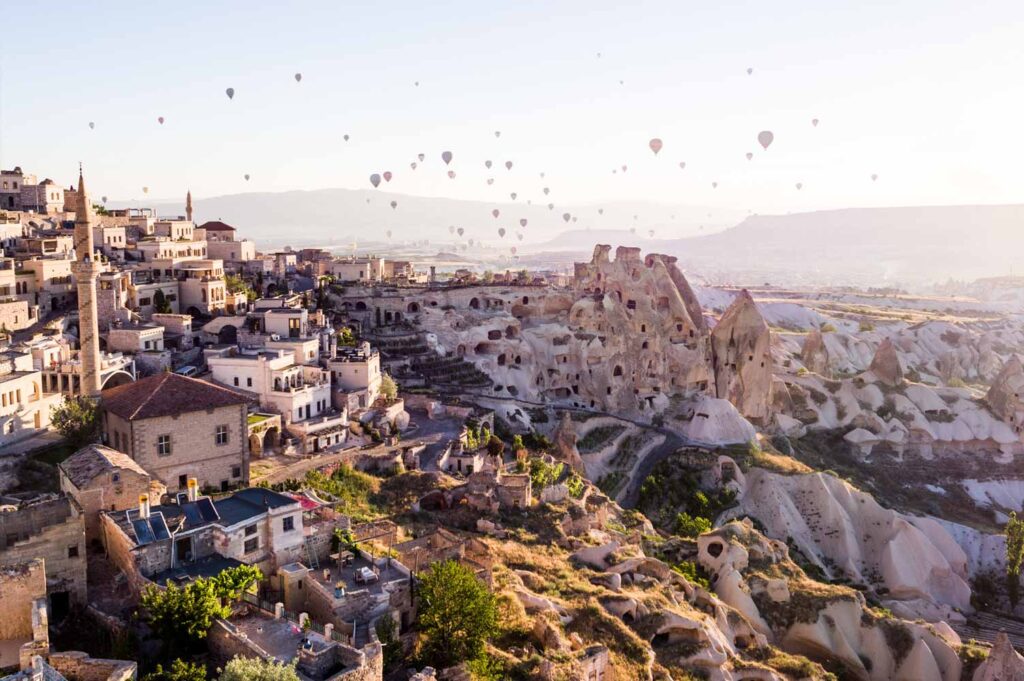 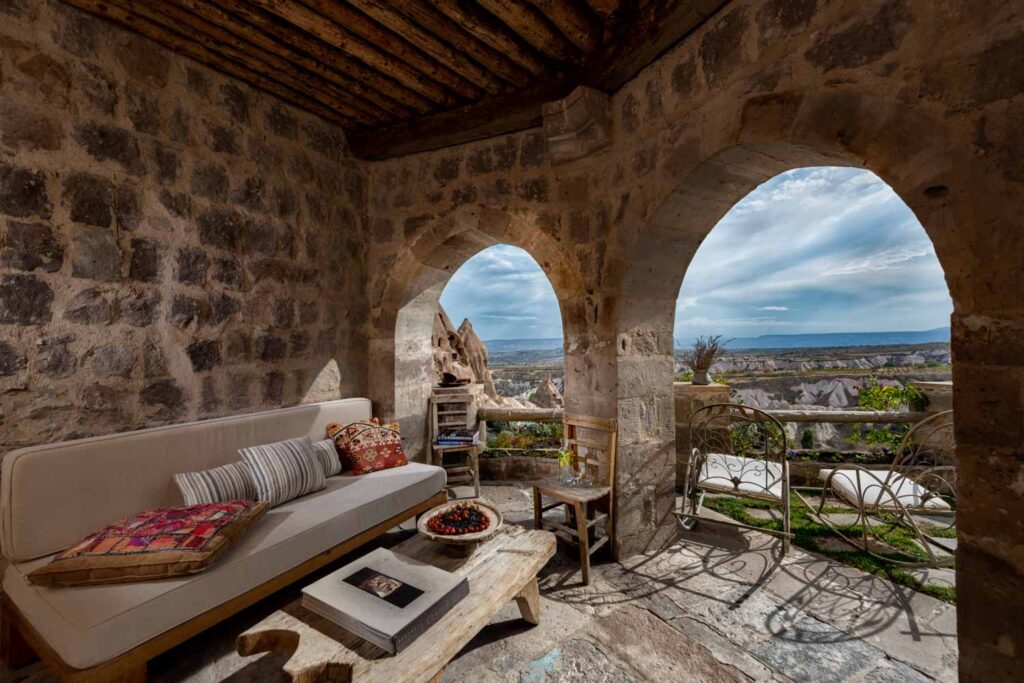 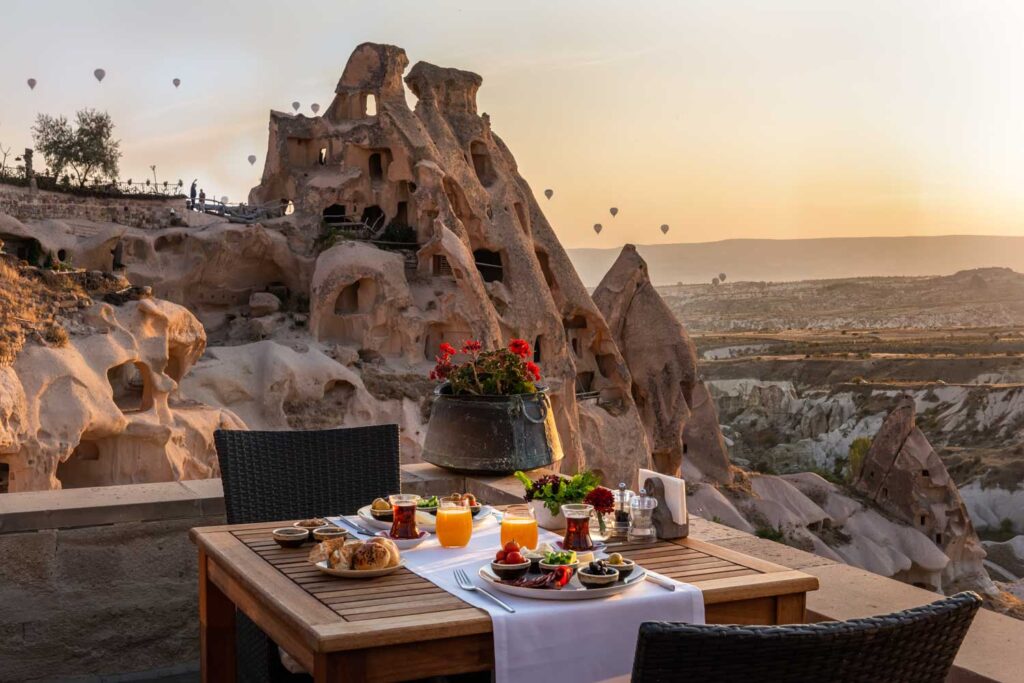 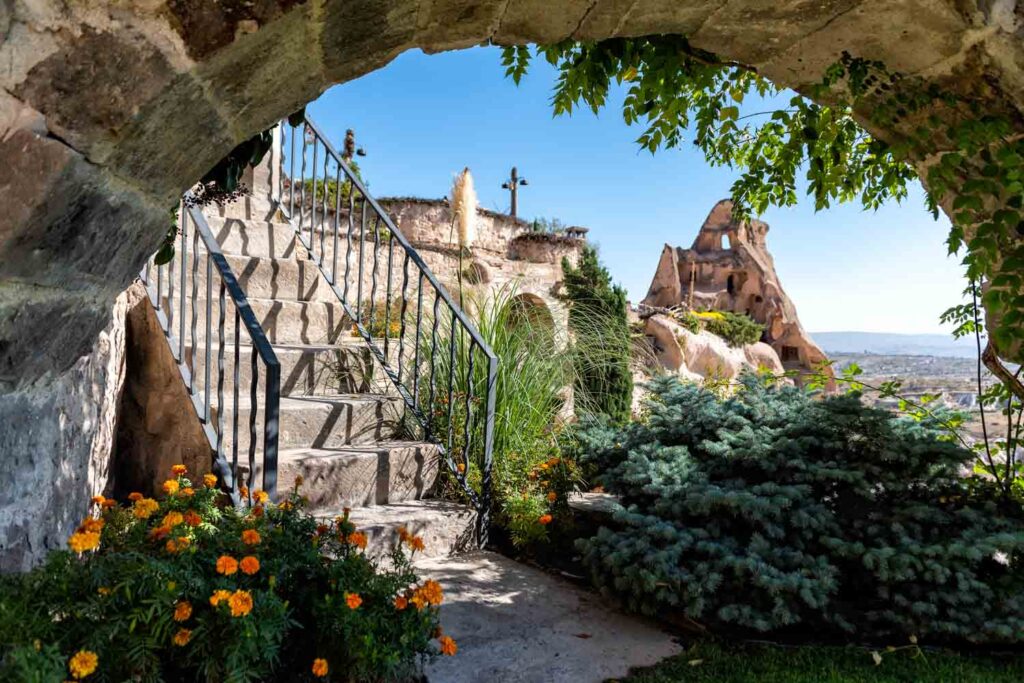 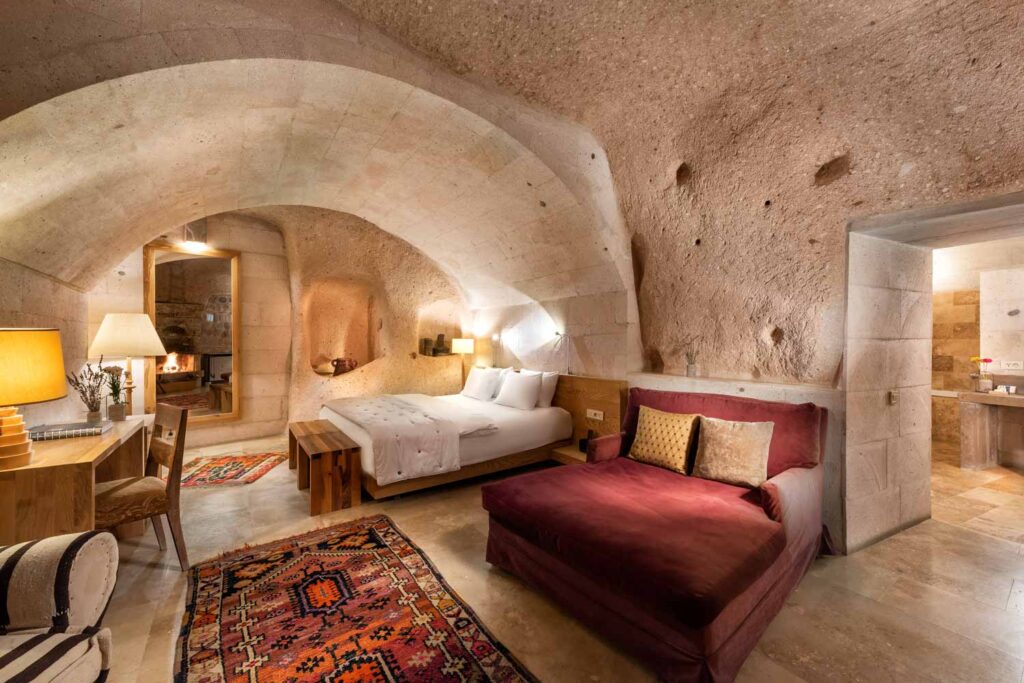 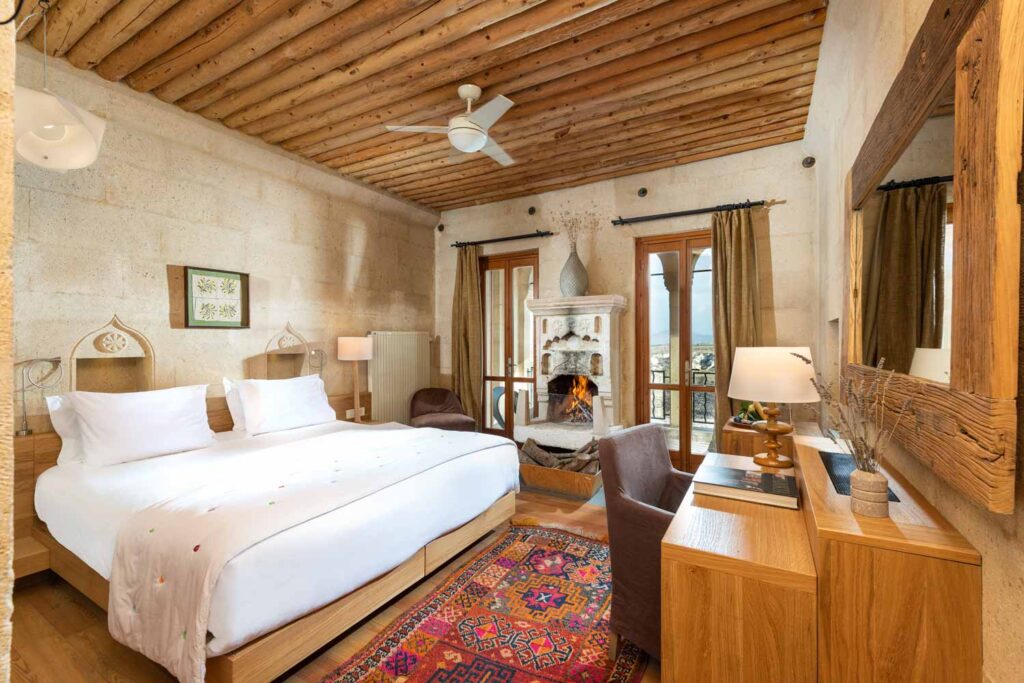 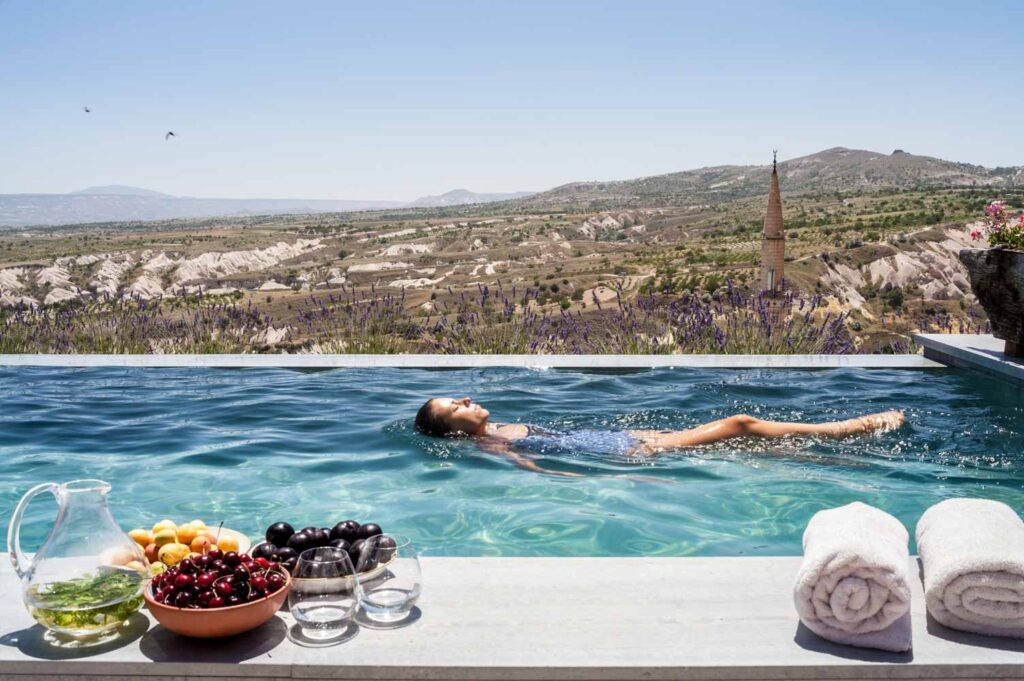 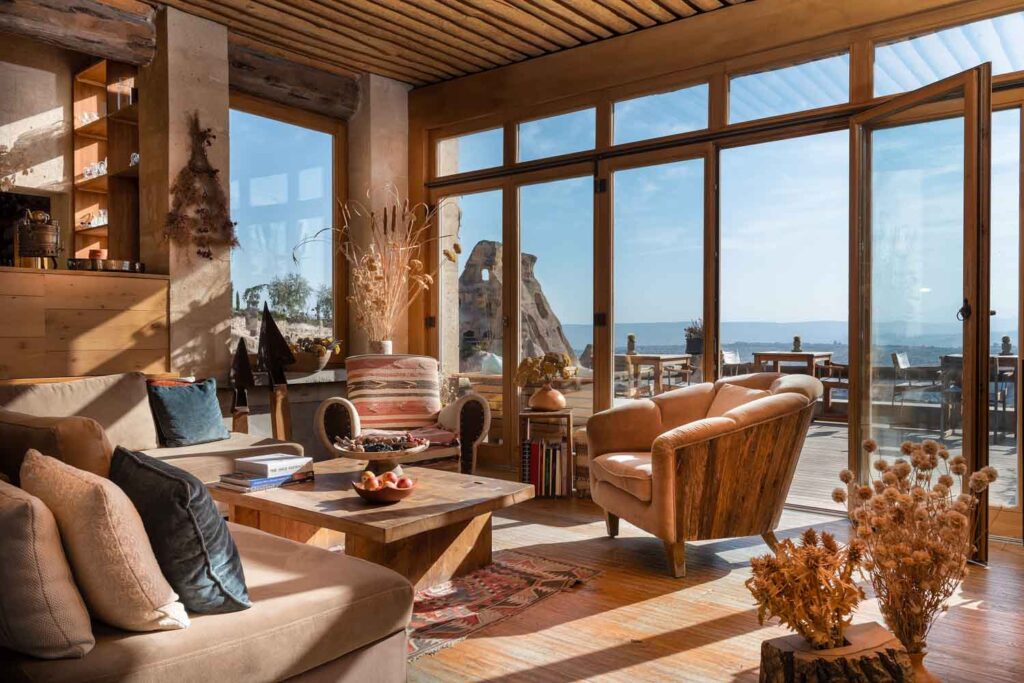 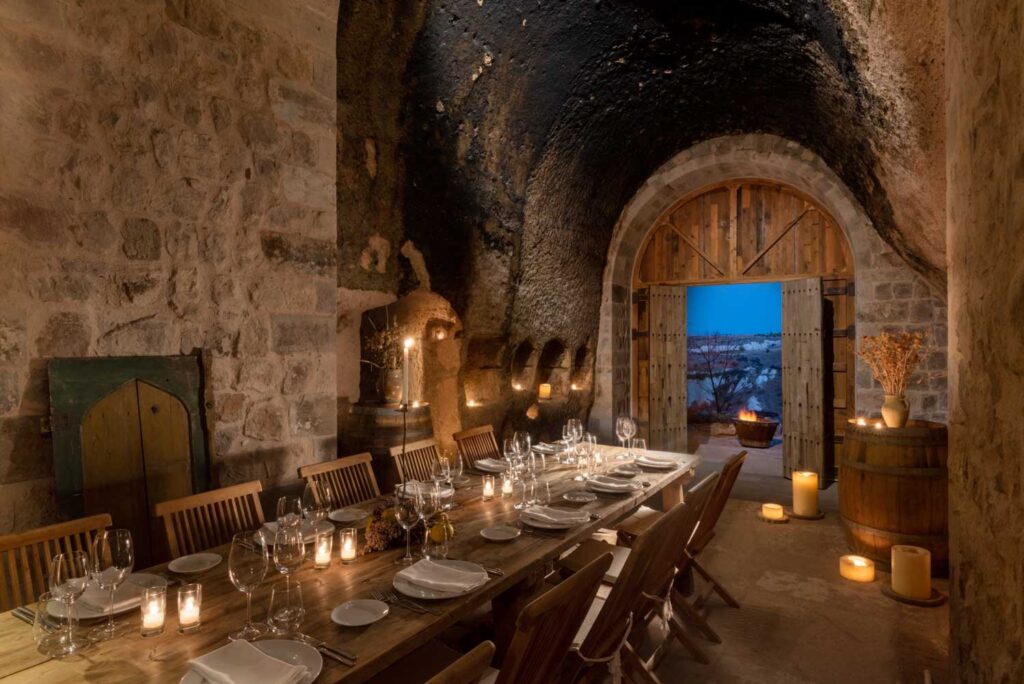 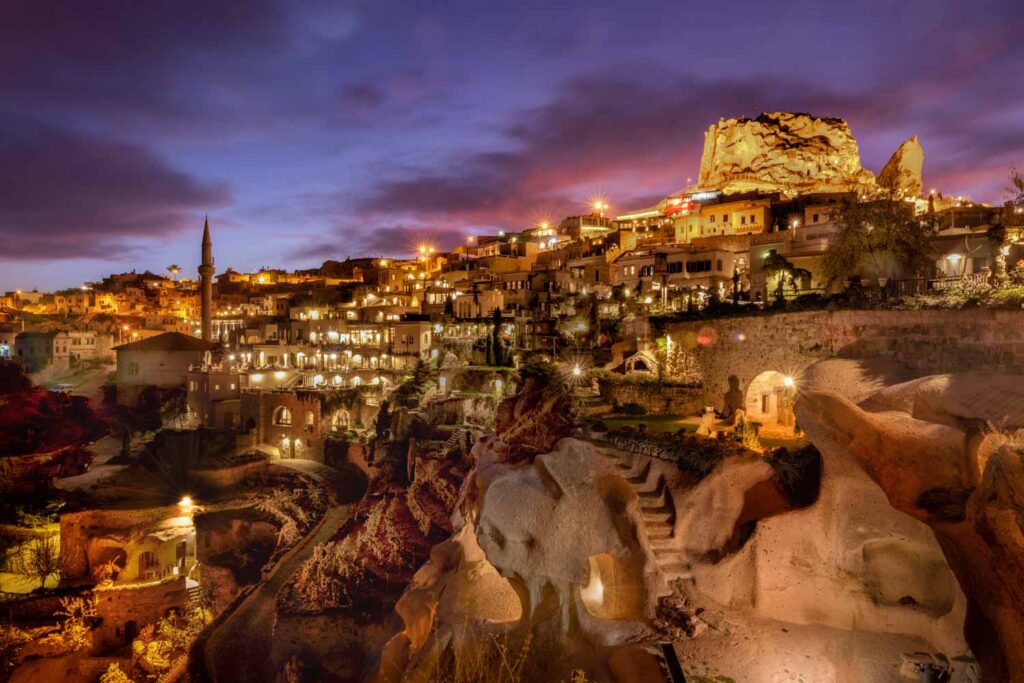 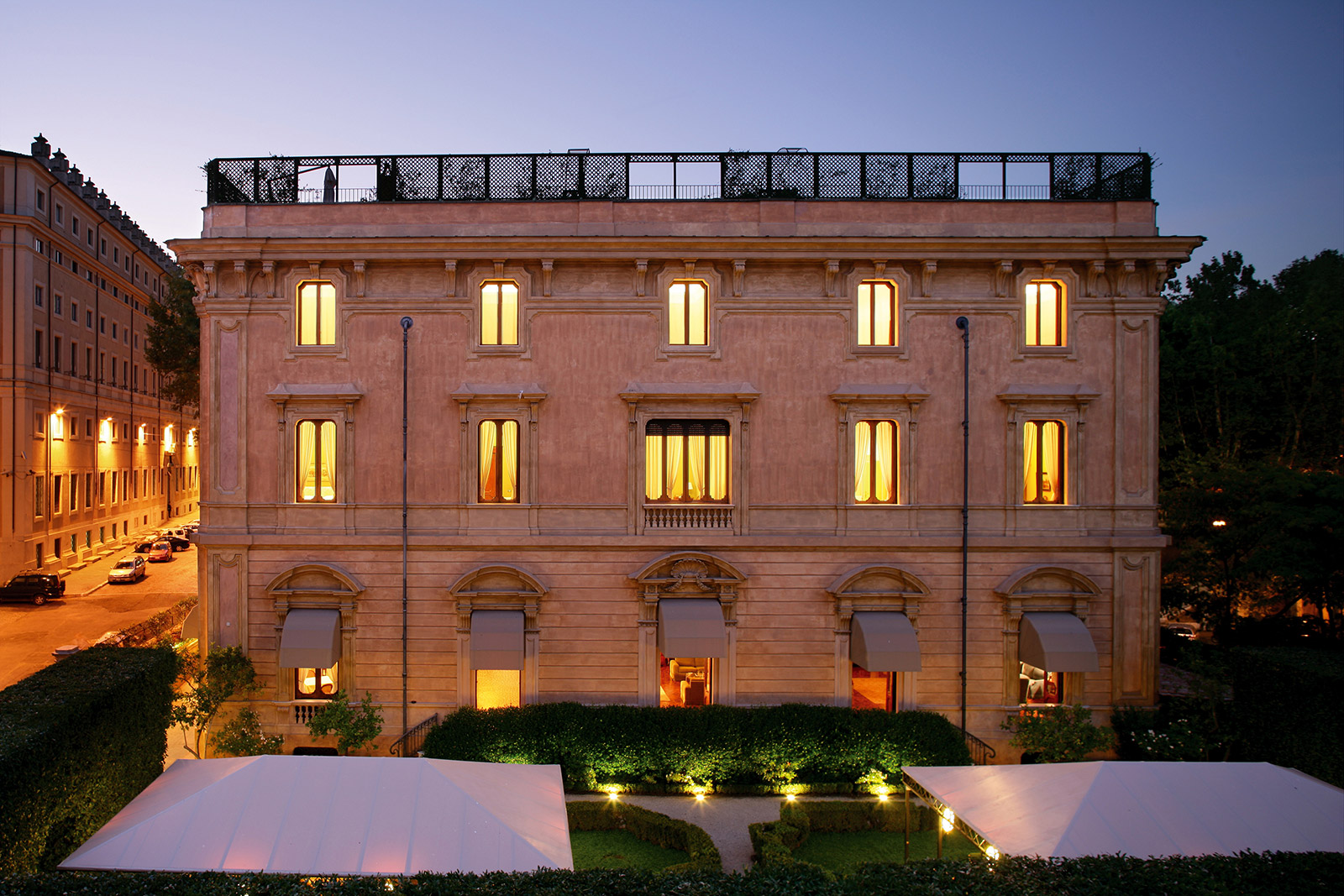 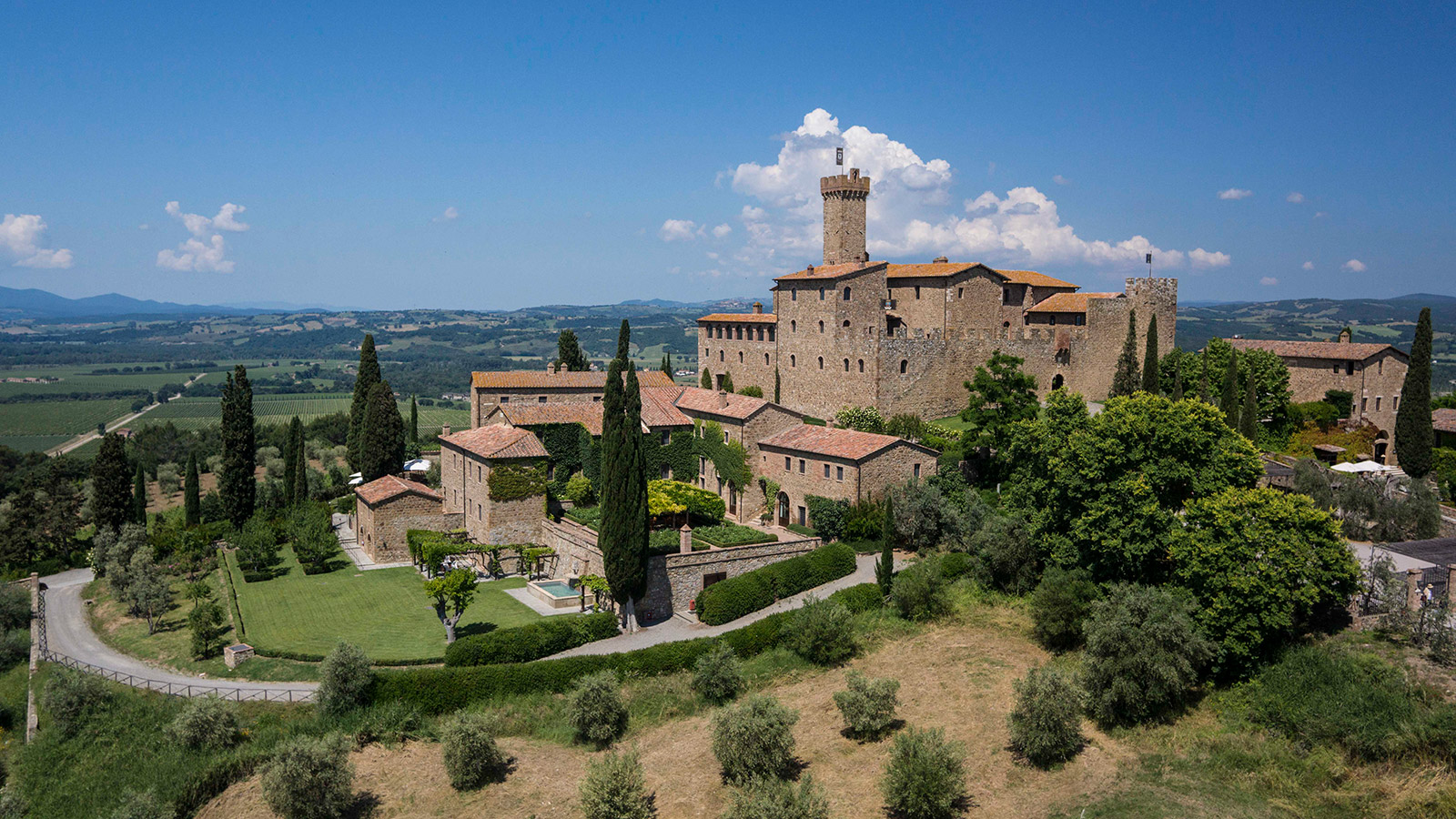 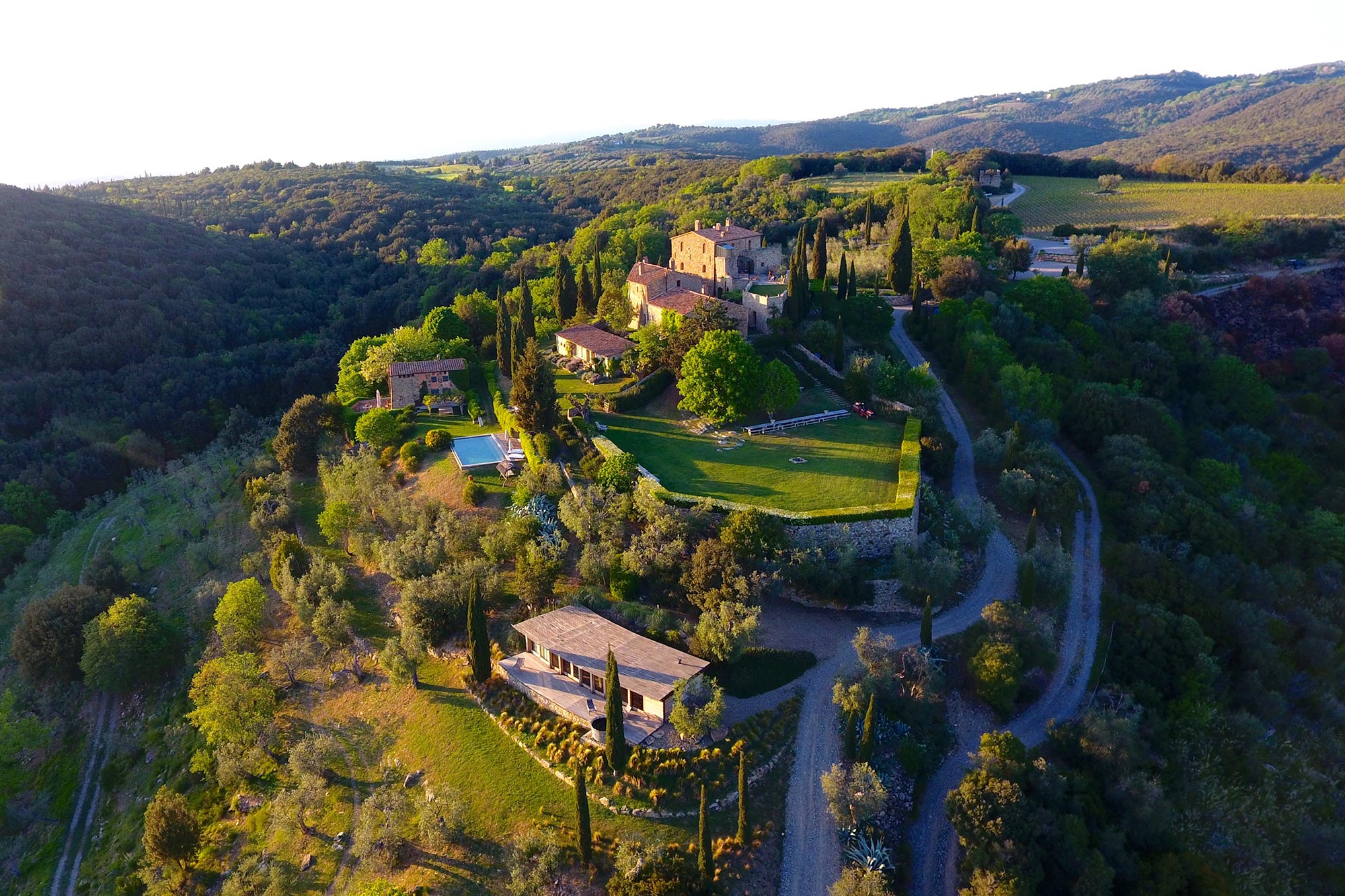